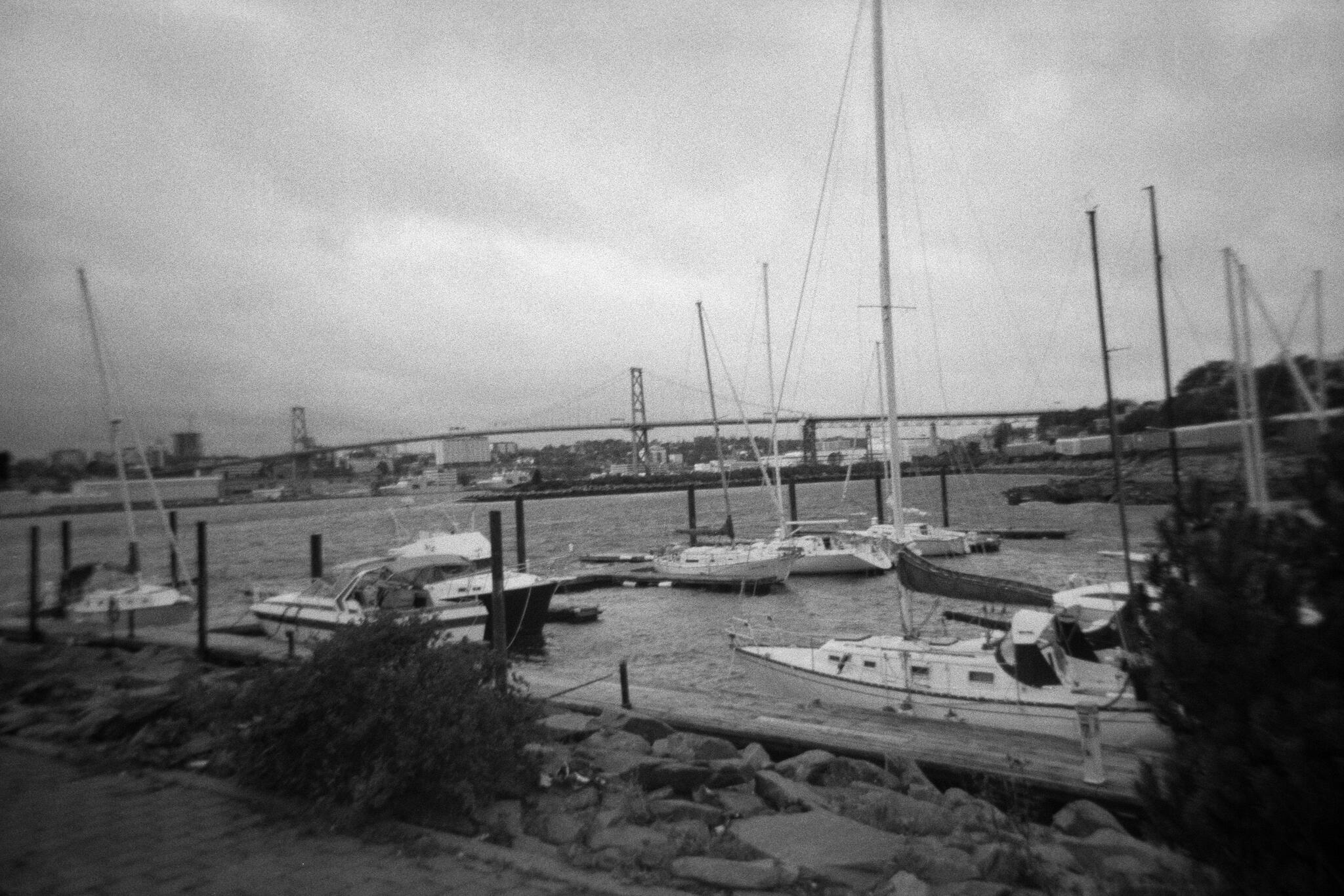 A few months ago, the folks over at ultrafineonline.com sent me a little gift box with some interesting films and cameras in it. One of the ones included was the Kisekae (dress up) 35mm camera. This is just a super basic point and shoot that allows you to easily remove the front plate and “customize” it with a paper insert. Definitely a gimmick, but toy cameras all kind of are (still lots of fun though 😉). Anyway, I took it out the day after a storm hit us in Halifax, and shot a roll of Kentmere 400.

The photos it takes have a very similar look to disposable camera shots, but there is a bit of warping and vingetting around the edges that does set it apart at least a little. It’s honestly a fun option if you’re in the mood for some lofi shots, with the only downside being a lack of flash. Here are a few of my faves from my first roll with it!